Woodwasp is run by Stella and Richard from our base overlooking the Bristol Channel near Cardiff, South Wales. 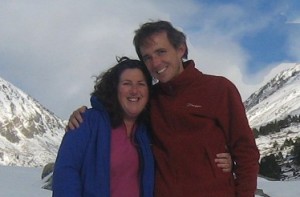 Stella has spent years educating primary school children; as a class teacher, as a manager and as an advisor.  Richard’s background is in the environmental field. Over the years he’s pursued river polluters, worked in the press office, managed web sites and advised on technical subjects ranging from airborne dust to oily soil.

After two decades working in the public sector we both decided it was time for a change of direction, new adventures, and to create something new. An eighteen month journey in a camper van took us from Copenhagen to Casablanca via Prague, Porto and Puglia, then brought us back to Wales and now to Woodwasp.