Last Saturday morning (8th December) we were lucky enough to squeeze into the Roath Craft Market for a second time as they had been given some more space to use, so were able to set up more stalls.  It was a very different day to our last visit, when most of Britain was experiencing heavy rain and there were floods in North Wales and South West England.

This time we enjoyed a lovely sunny day and, because the extra rooms were in use customers could use the main entrance from the farmers’ market rather than having to walk around to the other side of the building.  Much better.  Everyone was much more cheerful, warmer and drier!

We used the occasion to debut a new design based on the Scott Memorial in Roath Park. 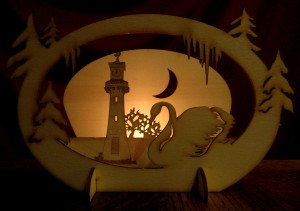 In the afternoon we hurried across to a second event in Splott, a fund raiser for Four Paws Animal Rescue.  Four Paws is an animal rescue charity which arranges for animals to be looked after by volunteer foster carers until they can find a new home.  Our dog, Dylan, is a Four Paws rescue dog.

We spent the afternoon in a packed room in St Albans Rugby Club, surrounded by stalls, fun activity and friendly dogs.  We had created a range of animal themed Christmas designs which we unveiled at this event. 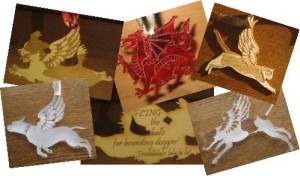 3 thoughts on “Two events and lots of new designs”